From  local initiatives of study on legal needs to productive work on expanding legal capacity at the basic level. A sincere talk with practitioners of legal aid provision and local self-government representatives on current challenges, barriers to strengthening the legal capacity of Ukrainian communities and ways to overcome them.

On September 13, 2018, representatives of the Legal Development Network (LDN) participated in the event “From Needs to Policies: Using Evaluation Tools to Create a Legal Agenda in Ukraine”. It was organized by the International Renaissance Foundation in cooperation with the Ministry of Justice of Ukraine, the Directorate for Human Rights, access to justice and legal awareness, the Coordination Center for Legal Aid Provision and the Legal Development Network (LDN). The event was aimed at presenting the results of a sociological study of legal needs and problems in the communities. The sociological study was conducted by Kyiv International Institute of Sociology (KIIS) with the support of the International Renaissance Foundation.

Within the framework of the meeting, a panel discussion was held on the role of sociological tools in the development of local communities. Its speakers were coordinator of the Legislation platform of the Association of amalgamated territorial communities Sergiy Shevel, deputy head of the Kyiv interregional resource communication platform of the Coordination Center for Legal Aid Provision Vitaliy Okhrimenko, head of Dvorichna District Council Halyna Turbaba, and a member of the Board of the Legal Development Network (LDN) and head of the Dvorichansky Office of the LDN Vitaliy Babyky. The moderator of the discussion was the executive director of the LDN Yevgen Poltenko.

Vitaliy Okhrimenko described the creation of a system of provision of free legal aid (FLA) in Ukraine. He drew attention to those problems that hinder the development of this system, such as legal nihilism, paternalistic attitudes and lack of trust in people. Significant role in solving these problems is played by active law educational work.

– We felt that it is impossible to provide services without trust, it was impossible to build interaction. And we focused on trust building, – V. Okhrimenko commented.

According to him, a significant challenge is the impossibility of coverage of the whole territory of Ukraine by the FLA system . The answer to this challenge was the development of a network of mobile remote FLA access points, currently there are about 2900 of them.

V.Okhrimenko noted that local self-government bodies showed considerable interest in ensuring the provision of FLA, but the state system could not do this in all regions due to limited resources. In this situation, the idea of​creating local FLA programs emerged.

As of today, local self-government bodies has already approved 300 local programs. Of these, 62 were fully implemented, implementation of 238 continues.

Mr.Okhrimenko also spoke about local studies that were conducted to identify community legal needs and the challenges they encountered. The results of research on legal needs in relevant pilot communities have confirmed the hypothesis of the possibility of obtaining high-quality results by teams of people who do not have a sociological education and sufficient resources . Through simple survey methods – surveys, questionnaires, interviews, focus groups – local initiative groups, formed from representatives of local self-government bodies, legal aid offices, NGOs and activists succeeded in identification of a list of key legal issues in their communities. And most importantly, they deeply studied the causes of their occurrence, learned the attitudes of key stakeholders and, in a large number of cases, came up with proposals for their solution.

As practice has shown, the results of local research do not contradict and duplicate the results of professional sociological research, but rather complement them, allowing plunge much deeper into the essence of the problem and better involve the community in its solution.

The representative of the Association of amalgamated territorial communities, Sergiy Shevel, noted that in order to solve their legal problems, people often turn to local self-government bodies. But local authorities have a serious shortage of specialists, so the quality of providing appropriate services is low.

– Local governments do not always want to cooperate with legal aid providers, they are afraid of such cooperation, – S. Shevel says. – Sometimes they do not understand why they need it, they do not know how to use its outcomes.

In the opinion of Sergiy Shevel, the legal capacity of communities should be increased, taking into account both of these components. This will be the bridge that will allow quality cooperation between communities and legal aid providers to begin.

According to Yevgen Poltenko, executive director of the Legal Development Network, one of the possible consequences of studying legal needs should be the further development of local legal aid programs. At the same time, each research team that operates locally or is based on several communities needs to make significant and methodically appropriate efforts to translate the results into effective legal instruments.

– Legal aid programs can be effective only if they are based on solving real problems, – Yevgen  Poltenko says. – And in this, important role is played by research on legal needs and problems in the community. The results of the research provide reasoned answers on how to really help the largest number of people in the best way, how to solve complex problems, how to interest the community and form a coalition of supporters to take practical steps to address these problems.

The executive director of the LDN said that in general, in Ukraine, by the end of 2017, over 700 legal aid programs had been developed, of which 300 were accepted. Unfortunately, not all of them received resources in the form of allocations from local budgets – only a hundred and fifty. About 10 such programs are implemented by non-governmental organizations that are members of the Legal Development Network.

Vitaliy Babyka, Head of the Dvorichansky Office of the Legal Development Network at the NGO “Fund of Village Communities of Dvorichanshchyna” told about the experience of implementing the program in one of the districts of Kharkiv region (Eastern Ukraine).

The fund representatives initiated the development of a program for the provision of legal aid that would allow sustainable access of residents of the district to legal assistance. As a result, in 2013 the program “Providing the population with free legal aid in Dvoorychansky district of Kharkiv region” was adopted, and in 2014 its implementation began.

The program provides for legal consultations at the office, outbound receptions, telephone counseling and access to online services of the Legal Development Network. The Dvorichansky office of the Network, which implements it, conducts legal education activities, develops the institute of paralegals. It is also involved in the development of school mediation.

According to V. Babyka, a significant challenge was to ensure proper funding of the program. Gradually, 13 village councils joined it. Currently, they have access to quality legal support, without having to include a specialist into their staff.

V. Babyka gave some examples of assistance to the community office within the framework of the program, which allowed them to save and even attract considerable additional funds.

– The program works thanks to the interaction of the office with the local police and the authorities, the understanding of the problems we are striving to solve and the desire to solve them, – the head of the Dvorichansky office of the Legal Development Network says. The second aspect is its relative neutrality: we do not associate ourselves with the authorities and try to ensure that citizens also did not associate us with them. As a result, citizens’ trust to us is greater. Often, there are cases when complaints come to us not only about actions of the state authorities, but also of bodies of local self-government. This shows that people trust us.

Halyna Turbaba, chairman of the Dvorichna district council, reported that during the years of implementation of the program, the number of appeals to local self-government bodies has decreased almost three times, and the number of appeals to the lawyer who provides free legal aid has increased. That is, the burden on local self-government bodies has significantly decreased. She separately mentioned the benefits of visits of specialists of Dvorichansky Office of the Legal Development Network, who help residents of remote areas to solve their legal problems.

– The Dvorichansky area is remote, there is a need for legal education,– says Halyna Turbaba. – There is a problem of lack of staff: there are no lawyers in the municipalities, and in general, we lack the legal staff in the countryside. Therefore, after conducting various roundtables, consultations proposals were made for the approval of the legal aid program, and in December 2013 such a program was approved. Thanks to its implementation, we see positive, successful practices that we know, and the public knows them. And we are confident that after consultations, it will be extended for a new 5-year period, or a new similar program will be adopted.

As a result of the discussion, the following conclusions were made.

The hidden barriers to access to legal assistance to community members are the problems of transport, low legal awareness of human rights and mechanisms for their implementation, the prevalence of legal nihilism and the lack of trust in legal mechanisms for solving their problems.

Local self-government reform and decentralization brought out a new powerful actor – the amalgamated territorial communities. However, they are not always ready to share responsibility for ensuring equal access of citizens to legal assistance in cooperation with legal aid providers. 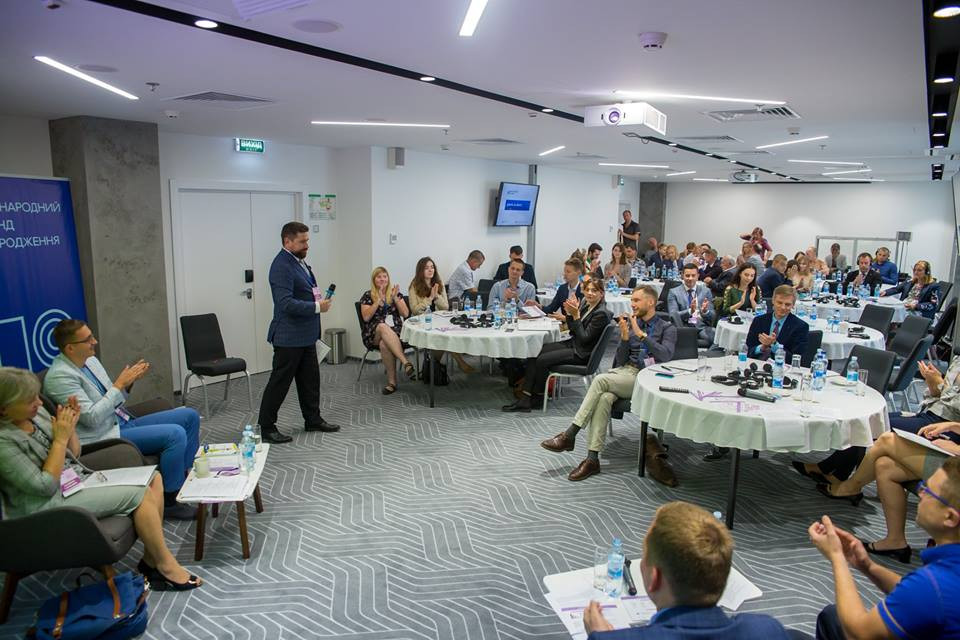 To change the situation with access to justice at the basic level, to increase the legal capacity of communities, local legal aid programs can be developed and implemented. In addition to standard legal aid services, the programs allow the use of such innovative approaches as legal education, restorative practices, expert support of local self-government, and they encourage residents to participate in the management of their own community.